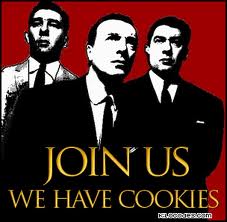 Minions of the Dog Trainer Wars

I had written an article of sorts for my website years ago when I contemplated the value of ‘certification’ through the various dog training organizations. One of the organizations I belonged to had altered the criterion for their certification in the hopes of attracting more participants, and building some form of credibility for what they were offering.  What they succeeded in doing was cheapen the value of each participant’s efforts by levying a clause that the applicant’s certification would be rescinded if their membership to that organization lapsed or if they left.

I didn’t see the point of applying for certification that had been rendered so meaningless.

A lawyer sits for the bar and goes to work for a law firm. If he is discharged for any reason besides the commission of a crime, his ability to retain his certification to practice law remains intact, at least in the state in which he resides.

A plumber/electrician/mason/contractor/etc has to pass certification in order to get their operating license and requisite insurance to operate in most states. When they are issued a ‘pass’ on their examinations, unless they lose their license to operate through the commission of a crime, they do not lose their certification, which is usually recognized nationally.

Dog training organizations are wholly membership driven and are dependent on those revenue dollars in order to maintain a competitive edge in the dog trainers’ marketplace. They are subject to the changes of organizational boards and committees and their ‘vision’ is usually a machination of those directorships. A small percentage of a larger body controls that direction through planning and implementation, sometimes with membership input, mostly without.

There is currently no regulatory body, nor has there ever been, that oversees the practices of the dog trainers trade; which coincides with the cultural history and tradition of veterinary medicine.

We cultivated an intimate relationship with dogs for a minimum of 15 thousand years. It’s documented that dog training occurred in highly organized and specific ways long before more recent historical accounts of the ‘birth of dog training’.

The APDT positioned itself as the juggernaut for framing opinion and influencing thought, but they have swallowed their own Kool-Aid with their attempt at controlling tool use based on poor science and politically charged rhetoric.

In it’s attempt to validate its presence as the educational venue for dog training hopefuls, the APDT set up an organization (the CCPDT, peppered heavily with board members and founders of the APDT) to offer ‘certification’ through what was supposed to appear as an entity independent of themselves.  In an attempt to imply that the APDT’s political influence has not affected the Certification Council for Pet Dog Trainers by remaining a separate entity, (it is apparent that it always was but…) their latest endeavors with this new ‘Minion Clause’ reveals it.

One of the prerequisites for maintaining that certification is to accumulate a number of continuing education units that have values assigned by the CCPDT board and must be acquired over a three-year period. They are selective in granting CEU’s to applicants that do not coincide with their particular mission to guide thought (and revenue) to a select number of pre-approved speakers and conferences.

I will continue to pursue my endorsement from the National Association for Dog Obedience Instructors which is the only organization that has it’s application for endorsement as it’s criterion for membership. Every one else just wants your check.

They are the oldest dog training organization on the continent; bypassing the formation of the APDT by decades. They actually require that applicants know something about their processes before they allow you to become a member.  Their application for membership is tedious and time consuming, as I imagine the Bar exam to be. Or the test that medical practitioners take before they are granted a license to practice medicine.

Sounds reasonable to me.

I imagine the two readers of this blog will at least appreciate the picture.