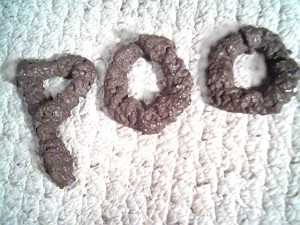 It’s not that I am overly fascinated by poo. As a matter of course, I am pretty repulsed by it.

I have become a wizard of the poop scoop ‘flick’ that can get even the most difficult or sticky poo off the ground and into the scoop shovel. Long grass and putty poo? No problem. Syrupy straining from stressed pups? Gotcha. I wholeheartedly prefer the easy, firm little turds of healthy, happy dogs, but occasionally, well… I don’t get my way.

More disgusting yet; I scrutinize poop. I look at it closely. It is a harbinger of physical condition for it’s donor and a quick screening can determine a lot about it’s donor’s health.

Although poop is good, no poop can also be a sign of trouble too. Especially if your poopee is a ‘regular’.

In a previous post I had written about the ‘stuff’ that dogs eat and the anguish that accompanies the ‘passage’ of said stuff.

I had 4 Residency Training dogs here at one time for being consummate consumers of stuff. For days, I leash walked these critters many times a day, each and every outing so I could do two things:

A) Be assured that they didn’t eat more stuff

B) Be assured that what remaining stuff they had consumed prior to their residency was passed successfully.

I am not surprised at neither the quality or quantity of stuff I retrieve with my sooper pooper scooper the first few days of a dog’s residency.

Most recent in the news is a dog who consumed about $400.00 and successfully passed it, much to his owners dubious delight.

I was not willing to determine the denomination of the pale green bills that were excreted by one of my recent guests. I guess I would have if I saw a few zeroes on what remained of the corners.
It may have been worth my while. But, then again….

One of my charges, the second half of a team of Labradors (like no-one saw THAT coming) came for his residency once he was released from the vet after his obstruction surgery over 3 weeks ago.

His owner was concerned that four days after his surgery, he was allowed to access a squeaky toy and yup, you guessed it; was able to eviscerate the toy and ingest the plastic bladder that makes the noise.

The owner was away at the time of the incident and the pet-sitter who was in charge of the dog dutifully took him to his surgeon over the weekend to x-ray the abdomen and see if they could find it.

They saw a staple from his most recent surgery but it looked like the plastic squeaky bladder was at the mouth of the small intestine and it was anticipated that the plastic bladder would ‘pass’ without assistance.

The sitter took that as a good-enough-for-her answer and returned the dog to his home.

The owner relayed this story to me when she dropped him off for his training with assurances (to the best of her knowledge) that the dog had in fact, passed the plastic bladder. She could not be positive however, as she was not there the weekend of the incident.

Goat Belly II (GBII) came in on the day his house mate, Goat Belly I, left. That will be 14 days ago tomorrow.

He settled into the training well, learned to “leave it!” and “out!” as well as the requisite obedience training that occurs here. His bowels remained tight and regular.

That is until Sunday night.

My husband took him out for his last ex of the evening and commented frustratedly on his spirited attempts at eating large clumps of the new grass that dot our landscape. “Leave it”, “Out” and “DAMN YOU, STOP IT”!! were unsuccessful. He ended up hauling the dog back to the house, all the while trying to control his sudden voracious appetite for our grass.

I offered him water, put him in his crate and within minutes, he proceeded to demonstrate exactly how far an adult male Lab can spew his dinner across my dining room floor. He was fine otherwise. I cleaned him up, mopped my floor and kept a close eye, but his posture was normal, he was comfortably curled up in his crate, alert and fine. He has passed a normal stool earlier which I made my husband point out for me to scrutinize.

I was concerned, but not alarmed.

Monday morning, our routine remained much the same. I took out the small dogs, fed the breakfast eaters and watered them as they all returned from their morning constitutionals.

GBII had a nonproductive outing (odd, I thought. He always goes in the AM) refused his breakfast (Labs on their death beds still eat) and with only a tiny bit of water made available to him, proceeded to repeat the events of the night before. Resplendent plumes of gritty bile across my hardwood floors, only about 6 feet this time as opposed to the entirety of it’s 15 foot length.

An exray revealed a vaguely familiar shape in the colon, well on it’s way to the rectum. 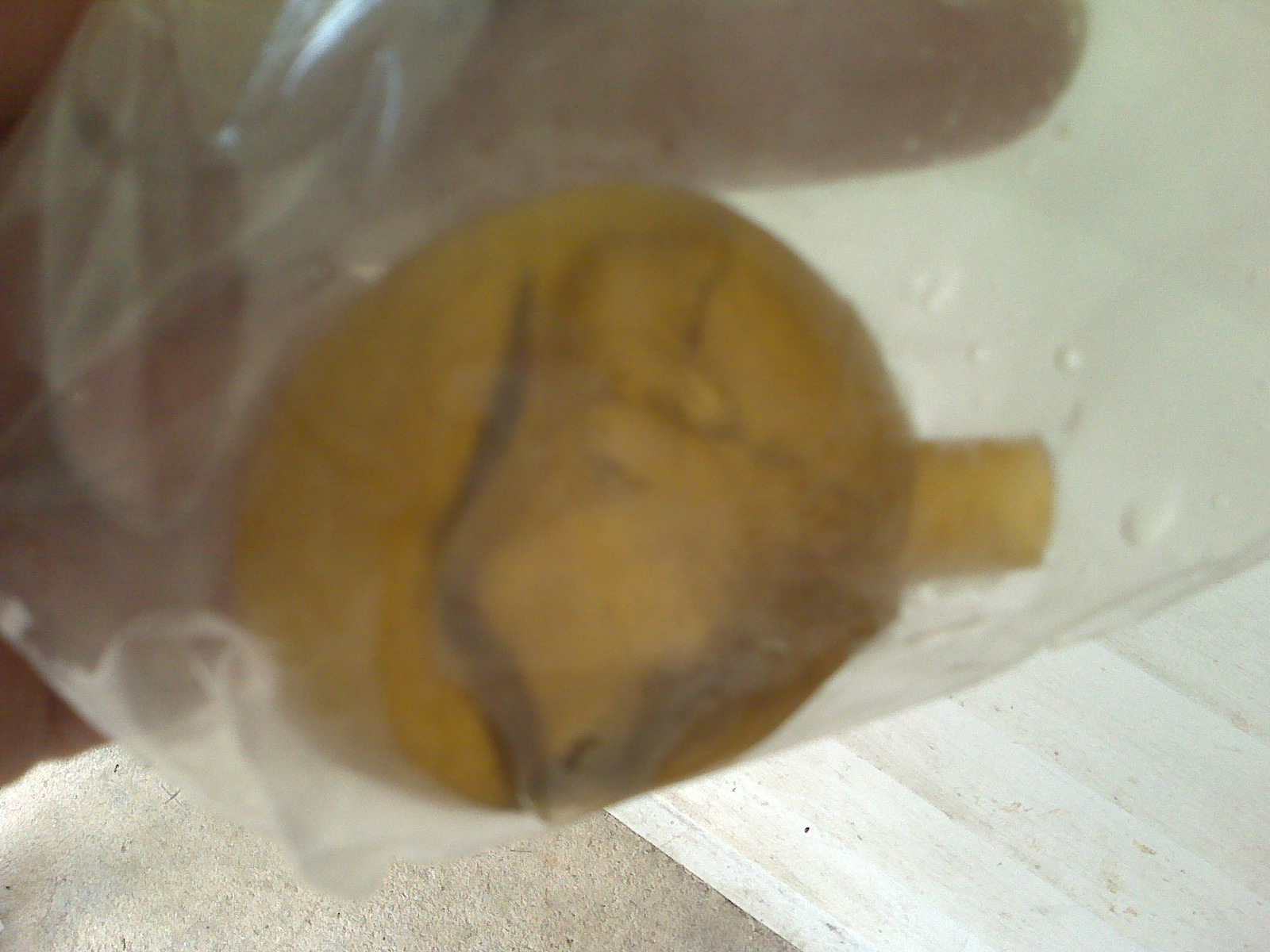