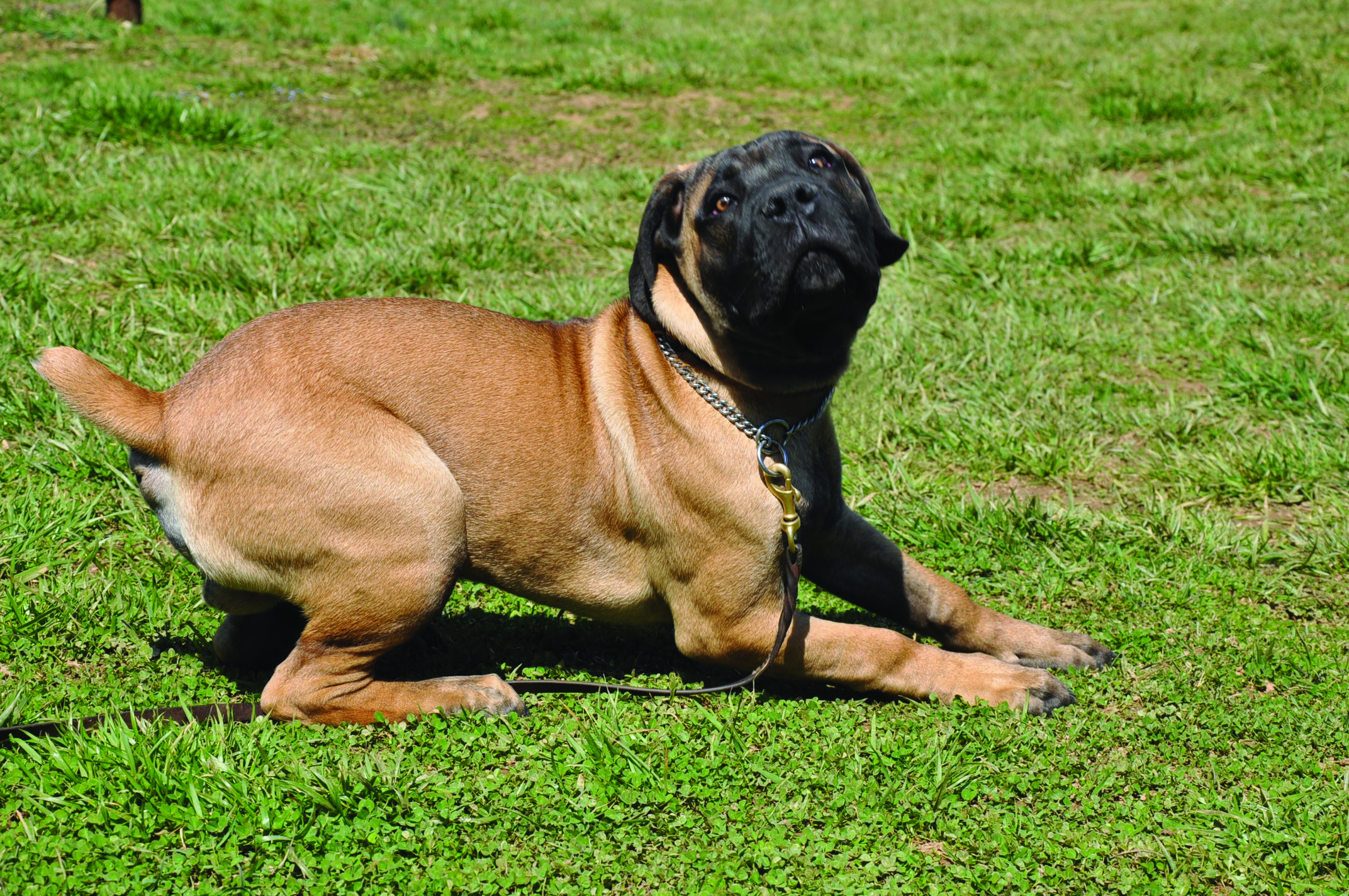 Just being a dog

I was interviewing a potential client the other day when this question came up.

We were walking in our middle pasture with a couple of puppies who were busy investigating the nooks and crannies for groundhogs and bunnies, making mad dashes for the stream and whirling around our feet  for treats and attention.

I was thinking to myself that’s all dogs can be since they are dogs and not flowers, humans, birds or fish.

I asked her what she meant by “just being dogs” and was met with the typical answer; to stretch their legs, play with other dogs, investigate more of their world without the constraints of leashes, collars or other restrictions; a break from the rigors of a life lived with humans, free time to do whatever they want.

My interpretation of  ‘just being dogs’ clearly differed dramatically from that of my guest. My mental image was represented by the young 6 month old Lab pup and countless thousands like him who have had the benefit of rational communication and an effort to teach him how to travel seamlessly through a human world. Her mental image was tarnished by a history of poor information gleaned from questionable resources and was (mis)represented by her own dog; a young mix that at the age of 18 months was still using her trendy Capital home as his personal toilet, wouldn’t come when called, even if jollied up with treats and a whole host of other things that labeled him as less than ideal as a pet.

In the excerpts from the telling of his woes, she had mentioned that she rather enjoyed his ‘dogness’ but… “there were a few things, you see…” And even though she had sought (and paid for) the council of other trainers, she was still experiencing problems so severe that his remaining in her home was in jeopardy.

Silently I kept moving the pups; with them, towards them and away from them, affecting every decision they made through our mutual pact with the laws of social attraction. I didn’t coerce it, it’s the natural byproduct of thousands of years of selective breeding for companionship. I simply exploited it’s importance in a young dogs’ mind.

“Boy, my (NAME) would never be able to do this!” my companion exclaimed.

She extolled me with the tales of his puppyhood and provided insights to what she felt the root of his problems were. I listened carefully as she continued to outline the frustrations she had been harboring against the dog that shared her rather expensive, tastefully appointed home. Clearly the more important issue.

She pauses in her litany to suggest “You would think by now that he should know these things! I’ve had two trainers over the course of the last year and he’s had training. It’s this… this…behavior that’s a problem!”

I offered a tiny insight to my beliefs.

I asked her to describe what she was seeing with our two canine companions. If their behavior qualified in her opinion as ‘just being dogs’.

She agreed that they certainly “appeared to be having fun”, but couldn’t understand why one was dragging a leash and the other was not. The 6 month old Lab pup was as free as a bird. No collar, no leash. The 4 month old Shepherd pup was wearing a buckle collar and a long line attached. My companion considered it inhibiting, even when her eyes were telling her that the pup was unconcerned about it’s presence. He still waded in the water, still head-chased the Lab, was still engaged in just being a dog.

I referred to it as ‘prescience’. Knowing that the novelty of the pasture, the stream, the presence of Pez-dispensing humans would fade and the lure of the poultry in the adjacent pasture would become too overwhelming to ignore.

I considered it insurance for the high probability that the inexperienced, curious Shepherd would lose interest in these things and venture on to newer, more interesting things. Since running after him would always be a poor choice; all I had to do was step on the leash to prevent him from departing and remind him that the fun was with us.

“But you’ll hurt him if you step on the leash!”

No quicker those words were out of my mouth and off he ran towards the birds who were squawking over something that chickens squawk over. That delicious sound was too much for the Shepherd. The Lab pup blithely ignored them in favor of the stream and it’s promise of water deep enough to swim in.

As he sailed past me, my foot found the end of the line just in time to not embarrass myself and I stepped on it.

Rather than the back-flip my companion must have been expecting, he simply halted with enough of a jolt to turn his direction towards the source of the pressure where he saw my back and my empty hands as I moved away from him, calling for Jack.

“What he did wasn’t wrong in the classic sense”, I told her as she stepped to keep pace.  “It’s what dogs do. He’s being a dog. I expected him to lose interest here and seek other opportunities. I simply prevented him from doing so”.

My confused companion still resonated with what she clearly thought was an act of violence.

By that time we were walking in the opposite direction towards the stream with the pup galloping to catch up. When he caught me I patted him on the head, told him how absolutely wonderful it was that he could join us with a morsel of liver and released him to wander off on his own.

“But he has to know it was you!” she remarked.

“How could he? Do you think he actually had the presence of mind to know how long the leash was and that it was me who stepped on it? If that were true, why do you think he’d suspect me? You were standing right there with me, it could have been you! Within the confines of your argument, since he is familiar with me, his nature would suggest that he suspect you. What he knows is that something unusual happened outside the realm of his most recent experiences and that when he turned to look and see what it was, he was attracted by my movement, heading the opposite way! He came to me without complaint or coercion and he was rewarded for doing so.”

“Well, it’s because of the correction he got, then.”

“What correction? He wasn’t corrected, he was stopped. There is a distinction. In the dogs’ mind, a pretty big distinction. It’s impossible to correct an action that the dog has no idea is wrong. His departure was not wrong, it was an instinctive thing for him to do. I simply prevented his success. It was social attraction that brought him to me, not a correction. He has never done this before. Had never been loose in a field with other dogs before. He had no way of knowing that abandoning me and leaving the field might be wrong. I simply exploited what I know generally about dogs, specifically dogs his age and manipulated the environment to do my teaching for me.”

“The Lab has been here since he was the exact same age. He dragged a leash until he didn’t need to drag one anymore. He’s only six months old. His recall is lightning fast and he can be called from any distance, from any direction and under any distraction.”

As if on cue, the Lab pup headed for the floodgate and I stopped him with a “Here, Jack!” He headed towards my legs at Lab-speed and slid into a sit just before the inevitable collision. His eyes boring into my skull in expectation of my response. I slipped him a piece of liver and sent him on his way.

The two pups were losing steam and with their tongues hanging to their toes, I called Jack in and the Shepherd followed. I rewarded him first. His voluntary response warranted a sincere Thank You in liver. I collared the Lab and handed his line to my husband who led him away. The Shepherd plunked down at my feet in blissful exhaustion as his buddy walked up the hill towards the house.

I gathered his line off the ground and headed for the drive and my guest’s waiting car.

My husband returned for the Shepherd as I turned to face my guest.

I would not be accepting her as a client. I politely declined, saying that I was booked, but I would be happy to refer her to any number of qualified trainers. She insisted that her dog needed a residency program, because her busy lifestyle prevented her from participating in the training process so I assured her my recommendations would include some trainers who offer the service.

I just couldn’t think of anyone I disliked that much.

I thought about our conversation for a few days before I tried to duplicate the most important components of  our conversation here. Names have been withheld, as has a description of the dog.

The questions I was too polite to ask, or couldn’t quite find a politically- correct enough way to phrase them appear next.

Could it be that your desire for your dog to ‘just be a dog’ is the reason you now contemplate placing him or dumping him at a shelter because his behavior is untenable for you and your family?

What’s more important to you, your dog, or your interpretation of what he should be?

Your dog’s choices are predicated on his instinctual desire to survive and they are clearly in conflict with your image of your perfect dog, although you feign importance on his ability to ‘just be a dog’. Your choices are human choices and they have failed you both. Your misguided concern for his dogness has left you with countless dollars tied up in replacement and repairs to your home, your car and the emotional turmoil you are now in by having to face some uncomfortable questions.

Have you ever considered that dogs can ‘just be dogs’ with a little help through some obedience to a degree of reliability so as to keep them safe and yourself sane?

And my perennial favorite, uttered by countless dozens of my colleagues over the years:

And how’s that working out for ya?