Dog ownership in the 21st Century. 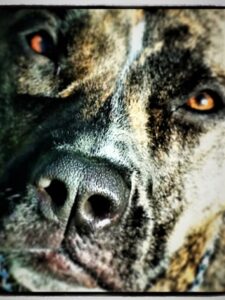 21st Century Dog Ownership. Where is it heading?

Dog ownership in the 21st Century. What’s next?

Just like children, dogs are a product of their environment. If your child never goes anywhere or interacts with other children, it’s a fairly high probability that you will be named when your adult child seeks therapy at the age of 26.

Your dog won’t be so lucky. Your dog will probably end up on the end of a chain in some godforsaken back yard, in a crate or cage for the rest of its life, or at the shelter where it will live out its days til it bites somebody and gets put down because nobody cared enough about it to do right by it in the first place.

Sound harsh? It is, but statistically, it’s accurate. Dog Ownership evolves much like our taste in dogs. Years ago, maybe 1 in four dogs ever keep their first home. One in Four. Now? Almost 50% (47.7%) of all dogs acquired and over 40% (40.3%) of all cats acquired will not retain their original home, according to a study conducted by the National Council on Pet Population Study and Policy (NCPPSP) and published in the July issue of the Journal of Applied Animal Welfare Science (JAAWS). See more here: https://www.petfinder.com/pet-adoption/dog-adoption/pets-relinquished-shelters/

Additionally, from within the same study, over a third of the dogs had never seen a veterinarian. They had been members of the first household for up to a year, and 96% had never received any training, professional or otherwise.

According to one statistic, 48 million homes in the US own almost 77 million dogs, based on the last compilation in 2018 by the AVMA. https://www.avma.org/resources-tools/reports-statistics/us-pet-ownership-statistics but this only takes into consideration the number of animals seen and tabulated by veterinarians throughout the country, where compiling such statistics are relatively easy.

Another statistic, which I feel is more accurate (because it is based on expenditures that include food and other supplies), reflects numbers compiled by the American Pet Products Association, (https://financesonline.com/number-of-dogs-in-the-us/) have those numbers at 63.4 million households, and 89.7 million pets tabulated in 2019. Lots of telling things here, including the demographic for dog ownership, with the greatest number being owned by Millennials (61%), followed by GenX (52%) and Boomers trailing behind at 37%.

Mostly males own dogs (80%), and GLOBAL dog ownership was estimated to be around 471 million dogs. I don’t think the global numbers are accurate. Other countries do not report dog ownership like the Western models do.

According to this data, 79% of female and 91% of male dog owners grew up in dog-owning households. I would argue the validity of that statistic, since my own data suggests less than 50% of our Millennial clients lived in dog-owning households growing up. It is quite possible that this is influenced by region, as Maryland is the 7th lowest recorded state for dog ownership in the US, with only 31% of households owning dogs. In a state of around 6 million people, that’s still a heady number (1,860,000 dogs). That’s a lot of dogs.

Remarkably unchanged are the breeds of dogs that make up the top 10 most popular pets, with Labradors maintaining the lead against French Bulldogs (2), German Shepherds (3) and Golden Retrievers (4).

Since this is a tabulation provided by the American Kennel Club, which is a pure breed registry, it’s accuracy should be questioned, since the designer breeds are not registered with them, nor are shelter dogs, which comprise over 30% of all new acquisitions based on the statistics generated by Frontiers in Veterinary Medicine (https://www.frontiersin.org/articles/10.3389/fvets.2021.781403/full). Thirty-four percent of dogs were adopted from a shelter or rescue. Furthermore, 25% of dogs came from friends and relatives, and 29% of dogs came from breeders and pet stores.

Add those numbers. That leaves a fairly high number of acquisitions (12%) to be unaccounted for. We are talking real numbers. I do not know if there was a statistical margin for error, nor can I calculate that.

If these statistics are assuming that designer breeds are being tabulated as *from breeders*, their reporting is in error. As a service provider, we see the same number of doodle mixes as we do Labradors and German Shepherds. Equal parts. I rarely see French Bulldogs. The rest are an amalgam of shelter pets (no specific ‘breed’ designation) or pure-bred dogs that fall well outside even the top 20 most popular breeds recognized by the American Kennel Club.

The only real statistic I am concerned with is the one that states 25% of dogs came from friends or relatives. This is the same demographic that usually surrenders their pet to a shelter within the first year.

Insurance statistics are a minefield but yield some interesting facts. The pandemic has altered the number of reported dog bites simply because of the stay-at-home orders implemented state by state. Nevertheless, payouts for dog bites, breeds most responsible for dog bites and the impact these statistics have on our ability to own dogs, is where this is headed next. For a start, here’s a great place to get your feet wet. https://www.iii.org/article/spotlight-on-dog-bite-liability. I can assure you, the harder you look, the more difficult winnowing fact from fiction becomes. It’s mind-numbing. The CDC no longer publishes accurate dog bite numbers, primarily because their accuracy cannot be validated. Many dog bites go unreported.

The face of dog ownership is changing. Natural evolution is supposed to winnow through the species that cannot survive and refine the ones that do. Selection pressure is being aided by these statistics, I think.