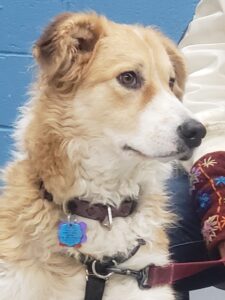 The maddening insistence that dog behavior is somehow divorced from dog obedience is an addlepated view of a pretty straightforward problem. Dog behavior is an observable act. When a dog engages in a behavior, he is doing something. Whether that behavior is directed by the external forces of nature, or the extension of an internal motivator, we can direct and control that behavior through obedience. We can predict the absence or presence of a behavior through the absence or presence of obedience.

We use obedience to control dog behavior. We can choose to establish that obedience early and prevent certain behaviors in the young dog, or remediate a dogs’ behavior as an adult through the application of obedience which the dog undergoes a process to learn how to control itself.

Dog training is very formulaic. As much as folks want to disagree, the only real thing that changes is the dogs themselves. Some dogs need more of this and less of that*, but overall, the high level overview of dog obedience training looks the same from dog to dog.

There are folks who will adamantly disagree with that. They think that every dogs’ needs are different and therefore the way they are trained should be too.

I’m not talking about the training of a bite sport dog looking the same as an upland bird dog or a water dog, but the basic tenets of communication are identical. Philosophy and end-goals are the only things that differ.

If I am training a dog to sit, the execution of that exercise is going to look the same from dog to dog. I will proceed from the assumption that the dog doesn’t know the command to sit. I will use the same mechanics of motion to acquire the sit behavior for every dog, and use the same formulaic methodology of introduction, training and proofing for every new behavior.

I will use the action of sitting on command to proof other behaviors once the dog has demonstrated mastery of the skill. I can control jumping on people, running out of doorways, stealing from countertops and a whole host of other things as a result of the dog learning that simple behavior.

I may use a martingale on a youngster and a standard chain training collar on an adult, but I will spend the vast majority of times counting repetitions, reinforcing for success, proofing for failure and gauging when I can move on to the next step of the training with each dog.

I may even use a prong collar or an e-collar on a particular dog, but essentially, my application of the basic rudiments for any skill building will be identical between dogs, regardless of breed, size, sex, age or equipment.

We design training programs to flow from skill to skill, with the intention of achieving a result that we can reproduce consistently, and can meet some form of measurable standard. Our basic tenet for dog behavior is a dog that is manageable by it’s owner under any circumstance. The only things that really influence that result are owner commitment and the degree of effort necessary to finish what one starts.

My colleague and friend Nate Czarnota of Baltimore DogWorks explains there are basically 3 essential skills a dog must learn and internalize. How to move with a handler, how to move towards a handler and how to stop moving.

These are all relatively simple tasks. Humans complicate them. They assign value to unimportant matters and bypass the necessary life skills that keep dogs safe and in their original homes. Trying to micromanage every action a dog knows is confusing for the dog and poisoned with inconsistency by owners.

We train dogs to retreat to a specific location and remain there until released. What he does while he’s there is predicated by the context of the assignment. Do I want him to hunt? Not if I live in a high rise apartment. Do I want him to bark and hold a decoy? Again, probably not. I want him to be comfortable and remain where he is until I release him. By the time my dog understands the directive to retreat to a specific destination, the dog is likely to have agency over his own comfort and will sit or lie down quietly without prompting.

The same set of circumstances which influenced the dog to retreat on command are the same circumstances that will guide him to do so in the presence of competing interests. The training he received looks the same as the training I conduct on a dog with a known history of aggressive behavior, or the untrained youngster that hasn’t yet developed an inclination for violence and a taste for people meat.

The only real difference between a dog with a bite history and an unspoiled youngster is experience and opportunity.

Starting training on a puppy prevents behavior you don’t want to see in the adult.

Training an adult dog controls the behaviors the dog has learned through experience and opportunity.

Either way, the presence or absence of training controls or predicts behavior, whether the dog is an average dog, or an outlier with behavioral extremes at either end of the learning spectrum.

Another example is training a dog to heel, which is not just “don’t pull on the leash”, but to ignore distractions while moving in concert with the handler under different and constantly changing circumstances. We teach the concept of heel within the first couple weeks of training, moving the dog from almost 15 feet of latitude to within 5 feet in the first week, to within 2 feet by the end of the second week, to roughly 12 inches by the end of week 4. At the conclusion the entire 10 week program, the dog is well within 12 inches of the left leg.

A precise heel is within 6 to 8 inches. The last 4 inches takes a degree of practice that few people are willing to dedicate, which is why the title Obedience Trail Champion is still the most difficult pursuit any obedience competitor can achieve. My brilliant friend Jill Morstad of Prairie K9 in Lincoln, Nebraska concludes that although it may take a brief period to teach the concept of heeling to a dog, it takes an entire competitive career’s worth of negotiation for those last couple inches. She’s not wrong.

There are outliers to any skill. Protégé dogs that grasp a concept readily, are eager participants to almost 100% of any training adventure that enables them to engage their brains and use their bodies. These are usually dogs with what we call drive. They posses an internal motivator that compels them to want to pursue a particular activity that has been genetically preprogrammed and exploited by artificial selection. Retrievers retrieve. Pointers point. Terriers pursue game underground. It’s all a genetic code that enables a dog to learn a skill quickly because they are biologically predisposed to do so.

Puppies are the Tabula Rasa of the K9 world. They are excellent candidates for early training because of this. Their malleability makes them infinitely willing to explore and learning is literally encoded in their DNA. Much like infant children, they can’t help it. As a result, we can control, manipulate or enhance their latent drives.

Dogs default to the behavior they are encouraged to practice. If I allow my dog to chirp and whine in his crate without consequence, he will learn two things; that his noisemaking is not only permissible, but that it accomplished his goal of acquiring my attention. He doesn’t care that it makes me angry or frustrated. All he cares about is that I appear when he makes demands.

I work with clients every day that have established behavior rituals with their dogs that defy change. They think that training is something that occurs once or twice a day, when they put the dog on a leash and collar and perform steps like a dance recital, then take off the gear and allow the dog to Free Willy** throughout the rest of the day. The dog never develops the understanding that obedience is something that they draw on internally, and owners never see improvement in their dogs’ behavior.

Well, of course not. If your expectation for training ends with the assumption that you show the dog a thing and he knows it for all time, I have to ask how long it took you to master driving a car? Surely longer than, say, the few times your parent allowed you to practice dodging light posts in the local mall parking lot.

It is easy to acquire a behavior short term, like walking without pulling on a leash. What is difficult is habituating that behavior into a reproduceable skill.

That my friends, is obedience.

*this and that being relative to the dog itself; a different schedule of reinforcement, more time spent molding or modeling a particular behavior, breaking down the component parts even further so the dog doesn’t get overwhelmed. None of these things require much more than time and critical analysis of the maxim “if what you’re doing isn’t working, change it!” Technically, if what you’re doing has worked eleventy billion times until now, it’s a safe bet that a review of the application is usually in order. It’s not that the stuff has stopped working, but each individual is nuanced in their understanding of the work and in their application. It is the same for the recipient. The way things might be taught varies slightly, but the understanding of that material is subject to the individuals ability to administer it or the recipient’s ability to understand it.

**Free Willy is an expression adapted from the tragic story of a whale named Keiko, who was the victim of capture at the age of 3 and exploited by a sea mammal park in Mexico. The resultant attempt at rehabilitation and release ended up in his death in 2003. The whale died as a result of poor management by humans; their incomplete understanding of Orca behavior, and their ill-informed attempts at ‘rehabilitation’ were directly responsible for the animals death. When I use it in reference to dogs, I use it with the intent of helping owners understand their roll in their dogs success or failure.