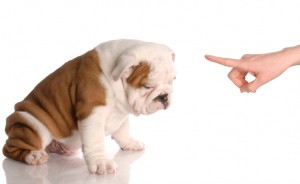 The prevailing reason for dogs ending up abandoned to shelters is the housebreaking issue. The dog who soils his owners home or his crate, is the principal reason millions of dogs die each year in shelters across the nation. Shameful because it is so easy to fix, and what little effort needs to go into the training can be reduced to the simple fact that it is the owner who is unable or unwilling to make that effort. All it takes is a bit of timing, control, supervision and rain gear. A good bit of my private practice is housebreaking issues, both for the new puppy and adult dogs with established housebreaking issues. These simple tips on housebreaking dogs and puppies are easily instituted with a minimal amount of effort and forethought.

1. When you cannot SUPERVISE your dog, you must CONFINE him

This concept transcends all others in housebreaking adult dogs and puppies successfully . In order for you to understand the principals of good housebreaking techniques, you must be able to recognize the signals your dog may offer when he is about to relieve himself. This can be accomplished by constant supervision on-leash while in the home and in your presence; and when you are not available to supervise him directly; by confining him to a crate (sized correctly to allow him comfort in the smallest amount of room possible). In your absence, the dog must be confined here to teach him not only to signal when he has to relieve himself, but to control his bowels sufficiently until an opportunity to relieve himself is offered.

If a dog is allowed to “graze” throughout the day, he will constantly need to relieve himself, making it difficult for the owner to manage the voiding of the dogs’ bowels precisely at a specific moment during the day or evening. Many housebreaking problems stem from the owner allowing liberal, all-day access to both food and water.

3. GO OUTSIDE with the dog

You cannot reward or reinforce behavior you are not there to witness. If you allow your dog to “go out” without supervision and then assume that he has relieved himself, you set him up for failure. He may have been distracted by the neighbor’s dog, the kids playing, the garbage truck and forgotten why he was put outside. By accompanying him, you are prepared to keep him “on-task” and are present to reinforce appropriate behavior. It is also important in the initial steps of housebreaking to keep the dog on a leash while out for potty breaks to keep him focused on the job. Remember the first rule, you must supervise your dog to reinforce the appropriate behavior. If he is running madly about, you have no way of guiding and directing his actions unless he is A) SUPERVISED or B) CONFINED.

Housebreaking adult dogs and puppies is essentially the same. Supervise closely for signs the dog needs to relieve himself. This can only be accomplished if the dog is in the same area as you and is not able to escape. In this way, you will be able to monitor the ‘signs’ of searching for a place to relieve himself, like sniffing in circles, tail arch, or even whining. Escort him promptly outside on leash to the place designated for toilet and reward profusely for accomplishing the goal. Allow freedom limited to the room you occupy and still on leash so other behaviors can be addressed quickly as well. Dogs are quick studies, they will learn swiftly that freedom is commensurate with behavior.

There is NO REASON or MEANING for punishing a dog who has soiled the house after the fact. It only goes to foster a lack of trust on the dogs’ part. Whose fault is it really? Was the dog allowed unsupervised? Was he given adequate opportunity to relieve himself earlier? Is it close to a scheduled potty break? If he was not successful, was he confined? If not why not?

The vast majority of housebreaking problems stem from the belief that dogs “know” that they are ‘bad’, or that they ‘did it out of spite’. This is erroneous and dangerous both for the dog and the relationship. Dogs don’t do spite, and the only thing they know is that they have to “go” and would prefer not to do “it” where they sleep or since they have been unfailry punished in the past by their owers, not in their general vicinity either. Why do you think they leave the room?

Answer: Because they can.

Limit their ability to do so, structure timed outings around feeding times, exercise or awakening from periods of rest and accompany them on every outing (and yes, this does mean during the rain/snow/thunderstorm) and you will experience the success that only effort brings.

These basic principals are easy to establish and are remarkably successful. I willingly provide the information here, freely, in the hopes of it helping the owner with housebreaking problems. Although there is tons of literature and “advise” available on the internet about housebreaking adult dogs and puppies; in this article, that information is parsed down to the bare essentials for convenience both of understanding and concept.

This training information has been developed through practical application over time for the successful housebreaking of older dogs with established housebreaking problems as well as puppies of varying ages. As always, it is advised that you consult your veterinarian if you are experiencing difficulty with house soiling issues that may have developed suddenly to rule out an organic problem or potential illness. Please be advised that the assumption of risk is solely the readers’ and Lionheart K9 assumes no risk of liability for the inappropriate use of the information found here.

Housebreak your adult dog or puppy the easy way!

If you would like to be added to our mailing list for information on future seminars, workshops and other events, shoot Linda an email at info@lionheartk9.com